A portion of sales will benefit the Folds of Honor Foundation

ST. LOUIS, May 21, 2019 – As a follow up to his widely successful Bueno Mojo Salsa, Matt Carpenter is now taking on breakfast with his very own cereal, Carpenter’s Crunch. On Friday, May 24 at noon, Carpenter will be at Schnucks Richmond Heights, 6600 Clayton Road, 63117, to officially introduce the new cereal to Schnucks customers. (This is a media event only and not a public autograph session.)

Carpenter’s Crunch is a Honey Nut Toasted Oats cereal that is packaged in a 14oz limited edition collector’s box featuring the third baseman. The cereal is available exclusively at St. Louis-area Schnucks locations while supplies last, and as an added bonus, Schnucks will donate a portion of sales of the cereal to the Folds of Honor foundation.

“As the St. Louis hometown grocer, Schnucks is once again proud to partner with Matt Carpenter to offer our customers an exciting and exclusive product,” said Schnucks Breakfast Category Manager Ranse Streng.

Matt Carpenter has had a productive nine-year career since being a 13th round draft out of Texas Christian University in 2009. Carpenter began the 2019 season with a total 133 home runs and 485 runs batted in. He has been a versatile team player playing positions all over the field including first base, second base, third base and even the outfield.

PLB Sports, based in Pittsburgh, PA, was established in 1996 as the premier food marketing company that specializes in combining high profile athletes with unique and superior quality product lines. The company, founded by Ty Ballou, is the largest food company dedicated to the creation and successful introduction of food products featuring athletes from all sports. For more information on PLB Sports, please visit www.plbsports.com. You can follow PLB Sports on Twitter @plbsports or on Facebook.

Founded in St. Louis in 1939, Schnuck Markets, Inc. is a third-generation, family-owned grocery and pharmacy retailer committed to nourishing people’s lives. Schnucks operates 117 stores, serving customers in Missouri, Illinois, Indiana, Wisconsin, and Iowa, and employs 14,500 teammates. According to Forbes’ 2018 rankings, Schnucks is the 168th largest privately-owned company in the United States and the 16th largest privately-owned grocer. Schnucks is committed to helping communities thrive and as a champion for reducing hunger, the company annually donates more than $13 million in food to pantries that help those in need. Follow Schnucks on Facebook: www.facebook.com/schnucks.

WHO:  Matt Carpenter and Schnucks 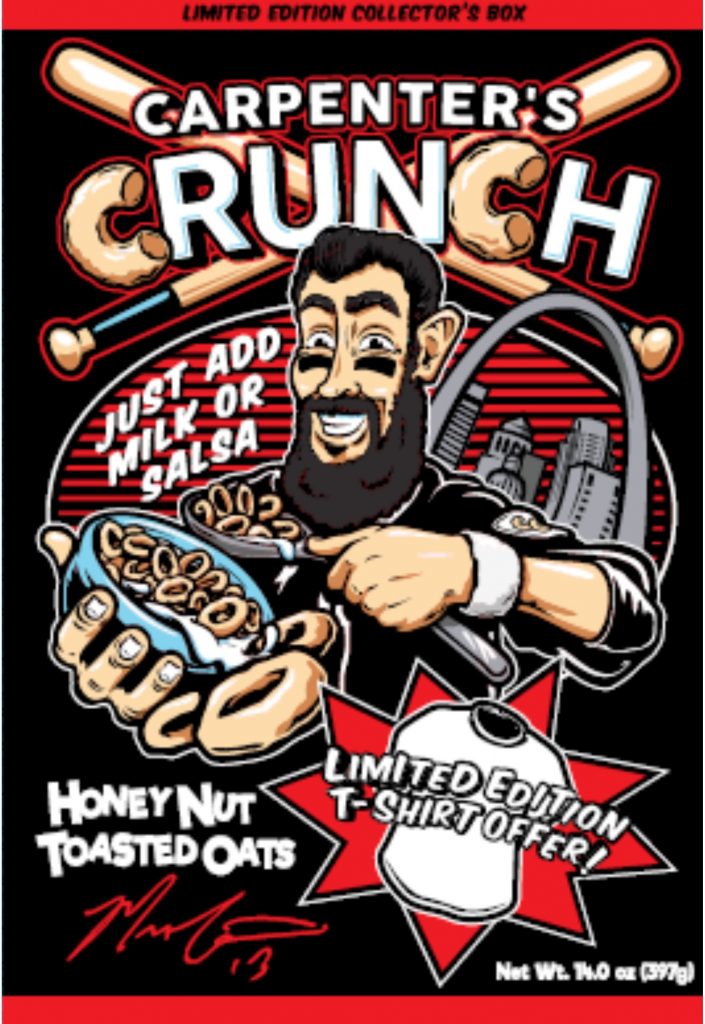